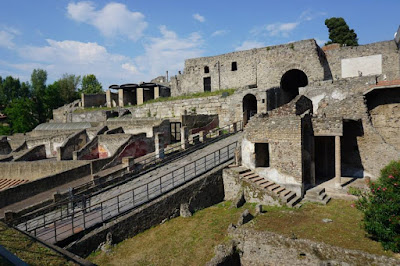 The great city of Pompeii.

Ever since I was a kid, Pompeii captured my imagination. An entire city buried in ash, preserved and forgotten for nearly a millennium. We read that a common way to see Pompeii is to stay in Naples and to take a private train to visit Pompeii. We originally planned on seeing some of the sights in Naples, but we ended up just seeing Pompeii and resting.

Our first day was a bit of a fiasco that left us very tired. I had us walk from the Metro station to our apartment on foot. Maps can be a great way to navigate, but one of their downfalls is not knowing which direction you're going. I led us 1 mile in the wrong direction. Which made us a little late to meeting the host of our next apartment. The streets had huge cobblestone and left us exhausted. I finally found our street. Many people often approach you and try to sell you things, so you kind of ignore them. A man approached us at the beginning of the street and started talking to us in Italian. I could understand he said something about a Museum. The street was right in front of a museum. I thought he was trying to scalpel tickets. So only half listening I brushed him off and walked up this street. It was long, hot and uphill. Many locals looked at us funny. Finally, I checked my email and our host said that his friend would be waiting for us. Then I asked a local where I could find the house number. It was at the very bottom. Where the guy first talked to us. Very embarrassed, I went back down and got into the apartment. He was very nice. I was able to speak enough Italian to communicate with him.


Next day we left for our trip to Pompeii. The train ride over was a little bit confusing and really packed. But, this private train dropped you off right in front of the city, while TrenItalia dropped you off across town. Pompeii was incredible! Far larger than I ever had imagined. It was very hot and sunny, there was no protection from the sun. You could spend days in here. I've seen Roman ruins before. You really had to use your imagination. Not here. It was so well intact! My only wish is that instead of emptying the city of all it's artifacts, that they left them as they were, when they found them. 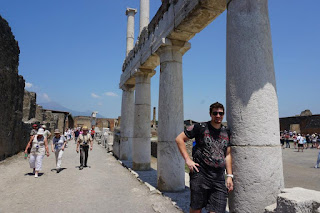 This was once the town square. 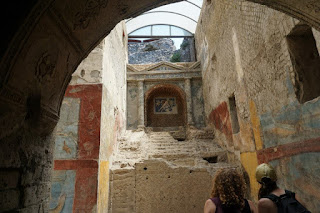 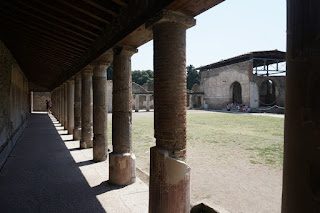 Many structures still had ceilings! 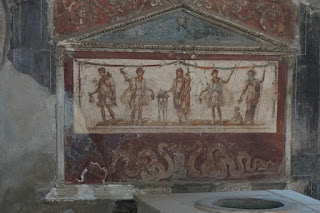 Many murals remain in good condition to this day. 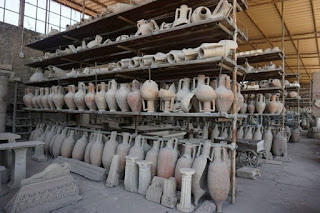 There are many large warehouses that contain all the artifacts in Pompeii and back in Naples. Historically, the King of Naples is the one who discovered Pompeii and took most the artifacts. 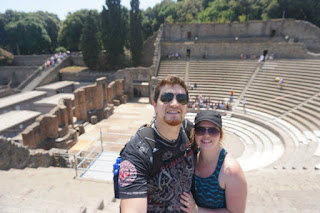 One of the main arenas, they still use it for plays to this day. 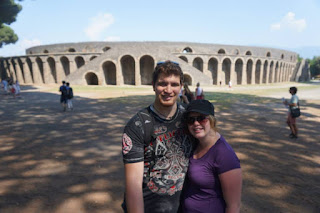 The Main Colloseum, as seen in Pink Floyd in Pompeii! 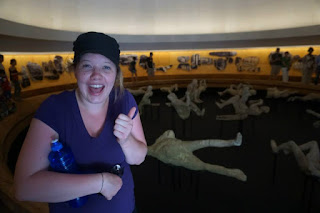 In the Colosseum, they had a display of all of the dead bodies. This is the positions that they were in when they died 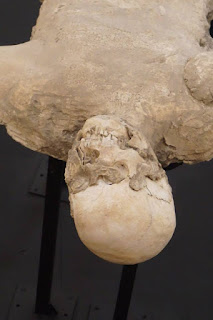 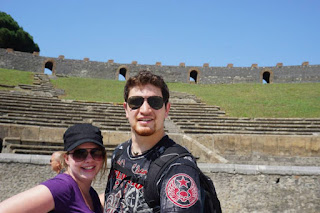 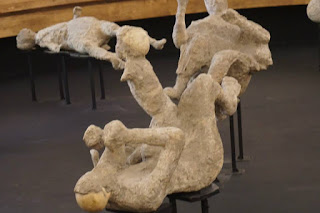 This really makes you think about life and how at any moment life could end. 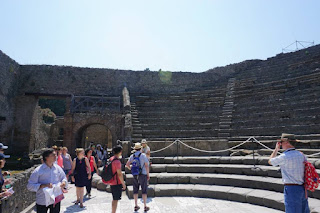 Another one of the ampitheaters. They told us that nobility got the good seats in the front, and meet and greet passes, and the poor people got the cheap seats in the back... Not much has changed... haha

While we didn't get to do much in Naples, or see any of its castles, we still had a great time! We have some things to do next time we go to Naples. :) 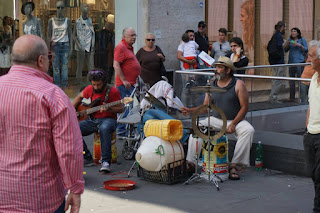 Street performers in the streets of Naples.