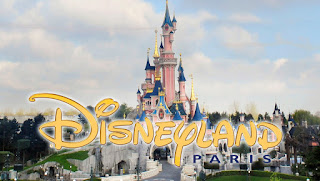 I almost forgot to include one of the most exciting parts of our trip, Disneyland Paris! I love Disneyland California, and I treasure my many experiences there. I feel slightly bad saying this, but the rides and experiences get slightly repetitive. Disneyland Paris was familiar yet new and refreshing. Summer hasn't ever been to any of the Disney parks! This was her first time, and she loved it.

Although this may seem obvious to most, remember that Disneyland Paris isn't right next to the Eiffel Tower, downtown Paris. I recommend taking the long distance RER train. It's about 45 minutes, here's a great guide.

Our train ride was pretty crowded. There was a French Grandpa taking his grandson and several of his friends to Disneyland. The grandpa was teaching them about manners and how to be polite. He taught them to offer their seat to my wife. So the little boy said in his best English, "Lady, would you like to sit here?"

There are many, and I'll attempt to address some of them as I go along, opposed to a venn diagram. Let me know if you have any questions in the comments below! 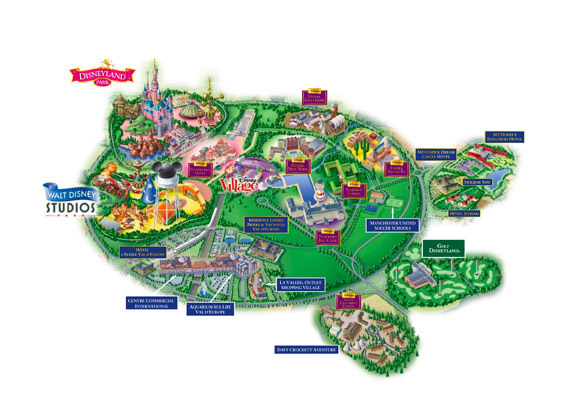 We started our adventure in Walt Disney Studios, and we worked our way up to Disneyland. We didn't have enough to time to go on everything! I'll narrate using pictures: 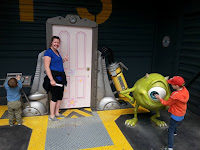 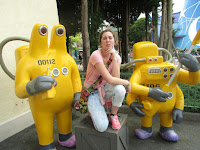 Monsters Inc! There were many Pixar related things in Walt Disney Studios. 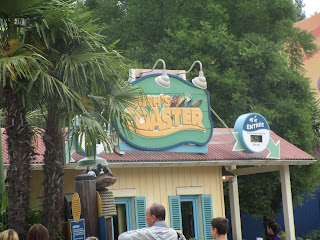 Crush's Coaster was awesome. Lagoon, a Utah theme park has a spinning roller coaster named, The Spider. Not one ride is the same, the cart spins in different directions on different hills. There's something about going down a steep hill backwards. This was The Spider mixed with Space Mountain. This was all in the dark! 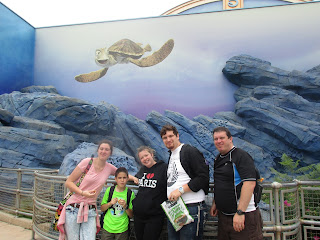 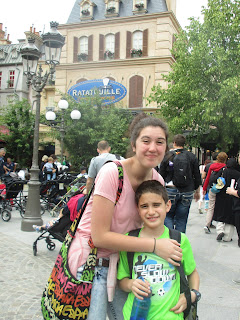 We were amazed by the awesomeness of the Ratatouille ride! It was a 3D cart ride that took you through the story of Ratatouille, at the size of a rat! 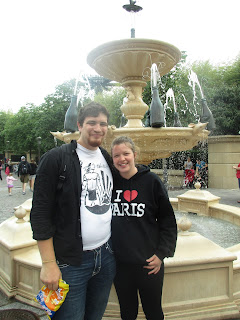 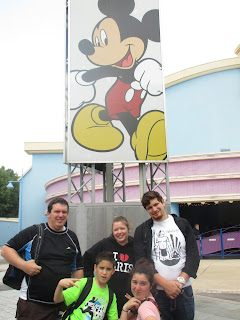 Needless to say, we had a great time in Walt Disney Studios! 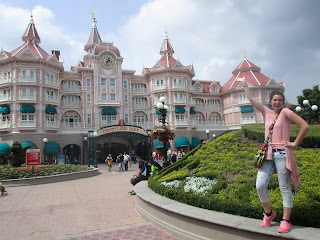 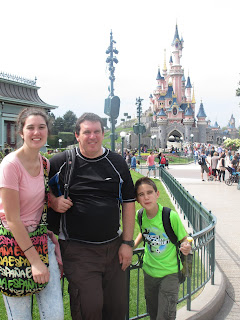 Some shots of the family at the front entrance of the park. 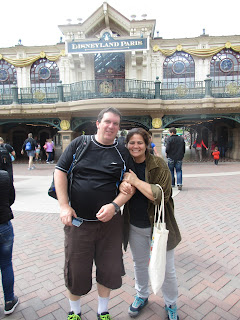 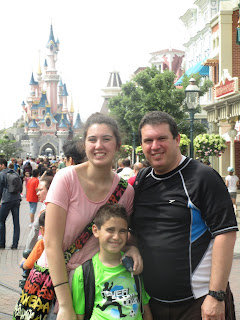 More pictures of the family at the front entrance and by the castle!

Pirates of the Carribean 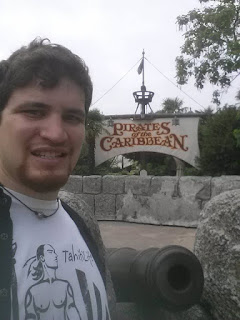 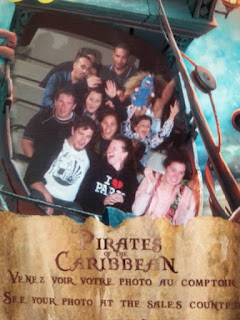 Pirates of the Caribbean is one of my childhood favorites! I've been on it so much, I can pretty much recite every line of every character on the ride. This ride was amazing because it was the same beloved ride, with a splash of freshness. The entrance and the surrounding territory is themed and grouped much better here. It really felt as if we were entering a Spanish Fortress! They take your picture at the waterfall! 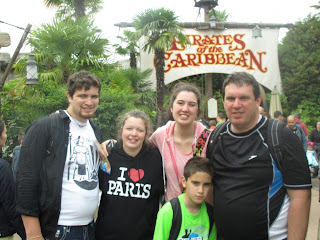 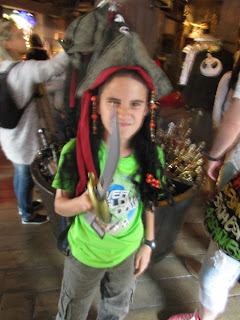 I didn't take this video, but I thought that it would be fun to include to give you an idea of what it looks like! My parents showed this to me when they went to Paris their first time, and I've longed to go ever since! This was a dream come true. 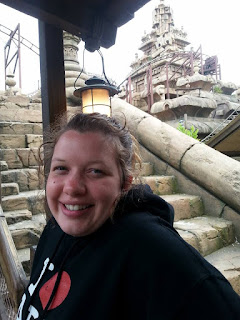 This is an outdoor roller coaster. While much different than the beloved indoor California version, it is a fresh twist. 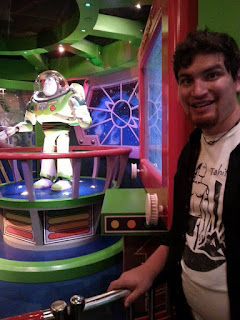 I'm a sharp shooter when it comes to this ride. I always score a level 4. This is my favorite ride! 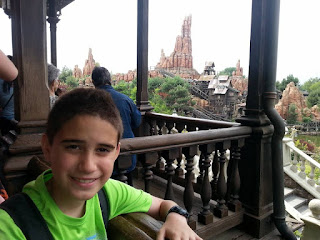 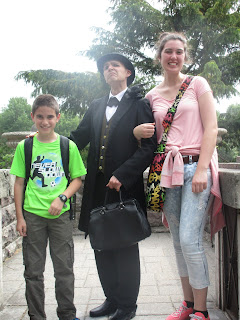 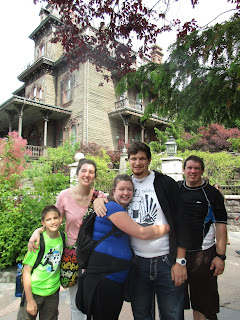 The story is much different here. It has something to do with the father owned the Thunder Mountain railroad and he died. His daughter was in love with a guy that the father didn't like. The father made her suitor disappear. So she spends eternity searching for her lost lover!

It's a small world 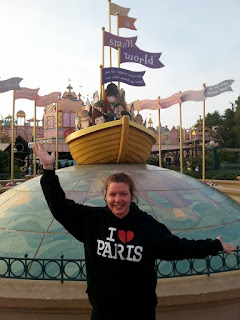 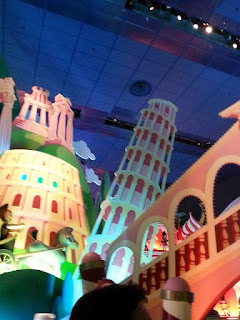 This song is sung in every language in USA and France. The main difference is that there weren't as many people on it. Instead of being annoyed by the incredibly catchy song, I enjoyed it because it was my wife's first time. We got excited as we passed cultures we visited. Above are landmarks from Rome, Pisa, and Venice! 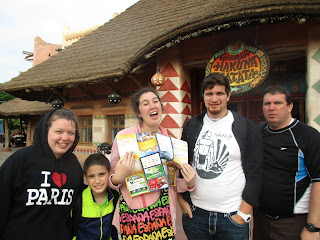 Food is expensive, but you gotta eat! We ate Doner kebabs at the Lion King themed Hakuna Matata. 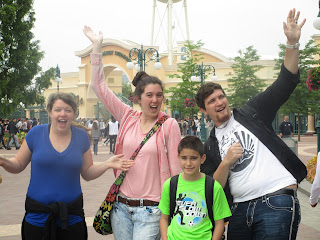 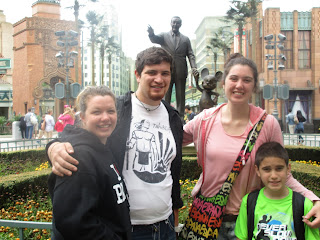 We had an unforgettable and amazing time at Disneyland Paris! We'd recommend it to everyone! It was very different, yet very similar.